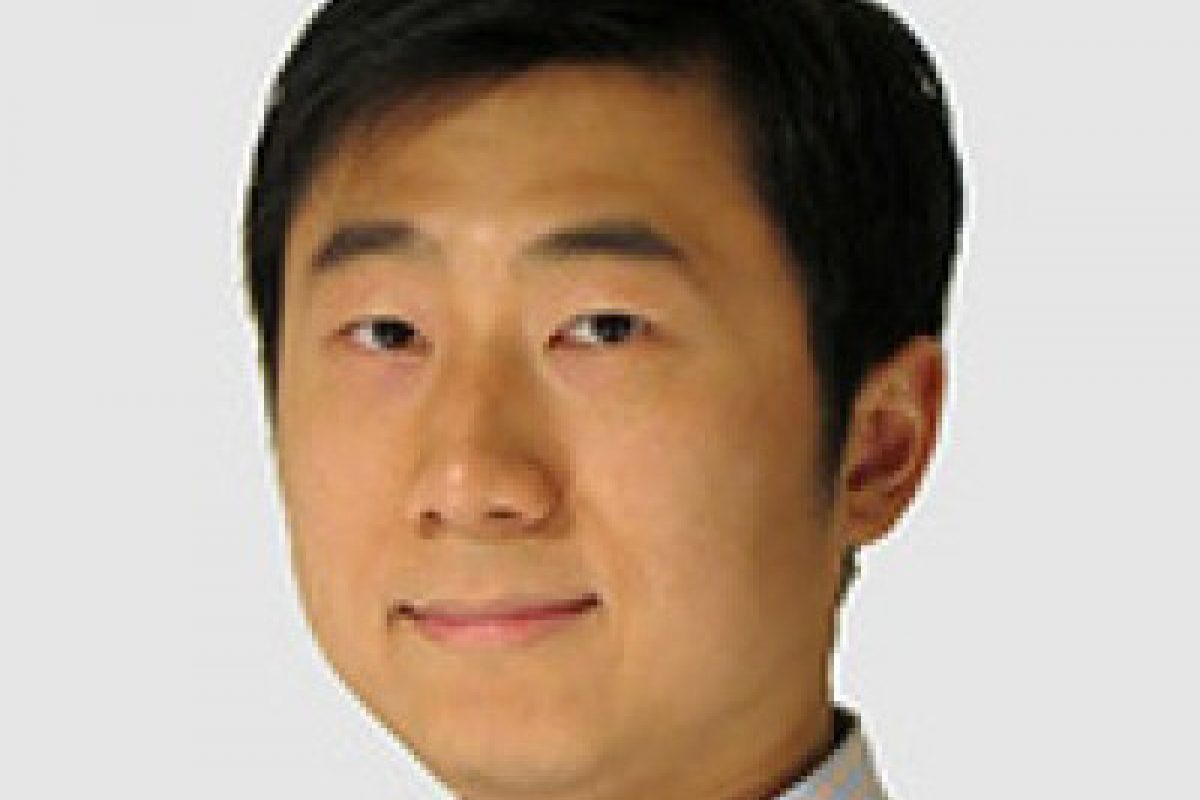 Assistant Professor Weizhe Hong has received a Packard Fellowship in Science and Engineering for 2018. This is an extremely competitive fellowship. The David and Lucile Packard Foundation, on its 30th anniversary, named 18 “innovative, early-career scientists.” Dr. Hong was selected from among 100 nominees from 50 invited institutions. The Foundation honors young scientists who are taking big risks in performing creative and pioneering research in all areas of science and engineering. Our congratulations to Dr. Wong on this honor. 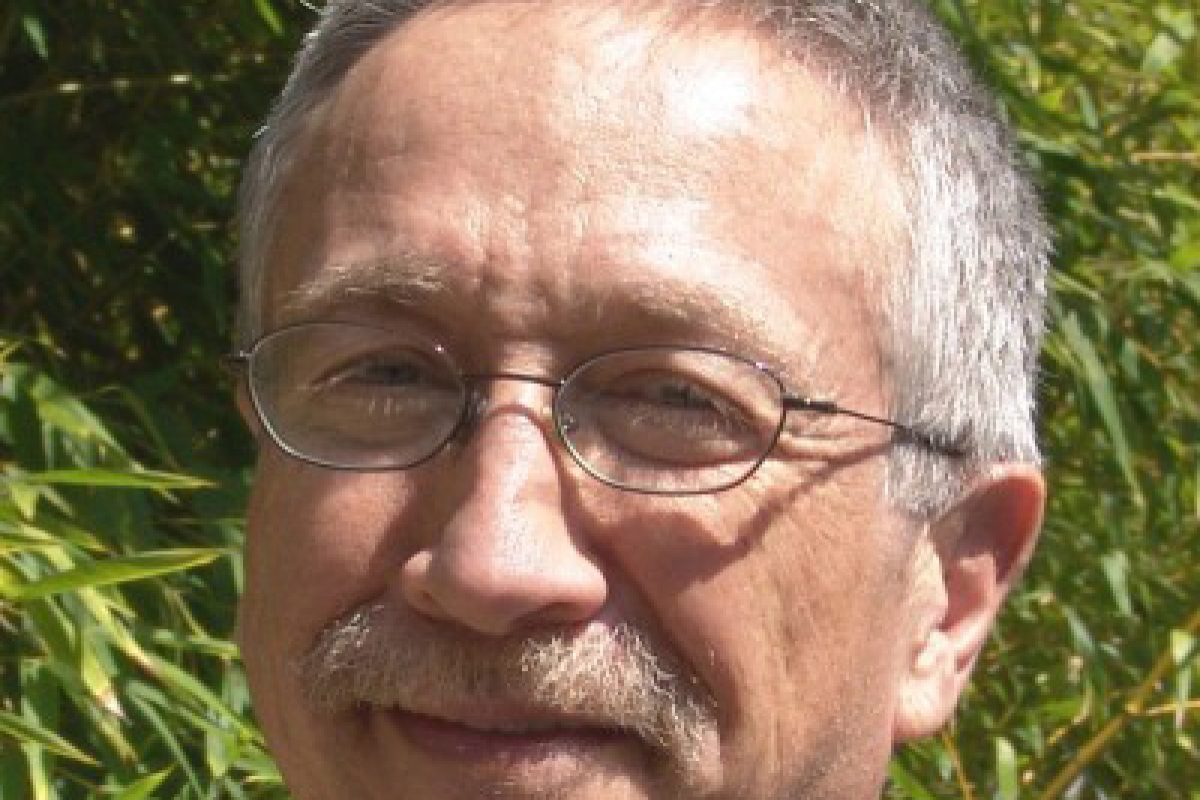 The UCLA Academic Senate has invited Neurobiology Distinguished Professor Jack L. Feldman to present the 125th Faculty Research Lecture.  This will be held on Wednesday, October 17, 2018 at Schoenberg Hall from 3-4 pm.  The lecture will be entitled, “Breathing Matters.” 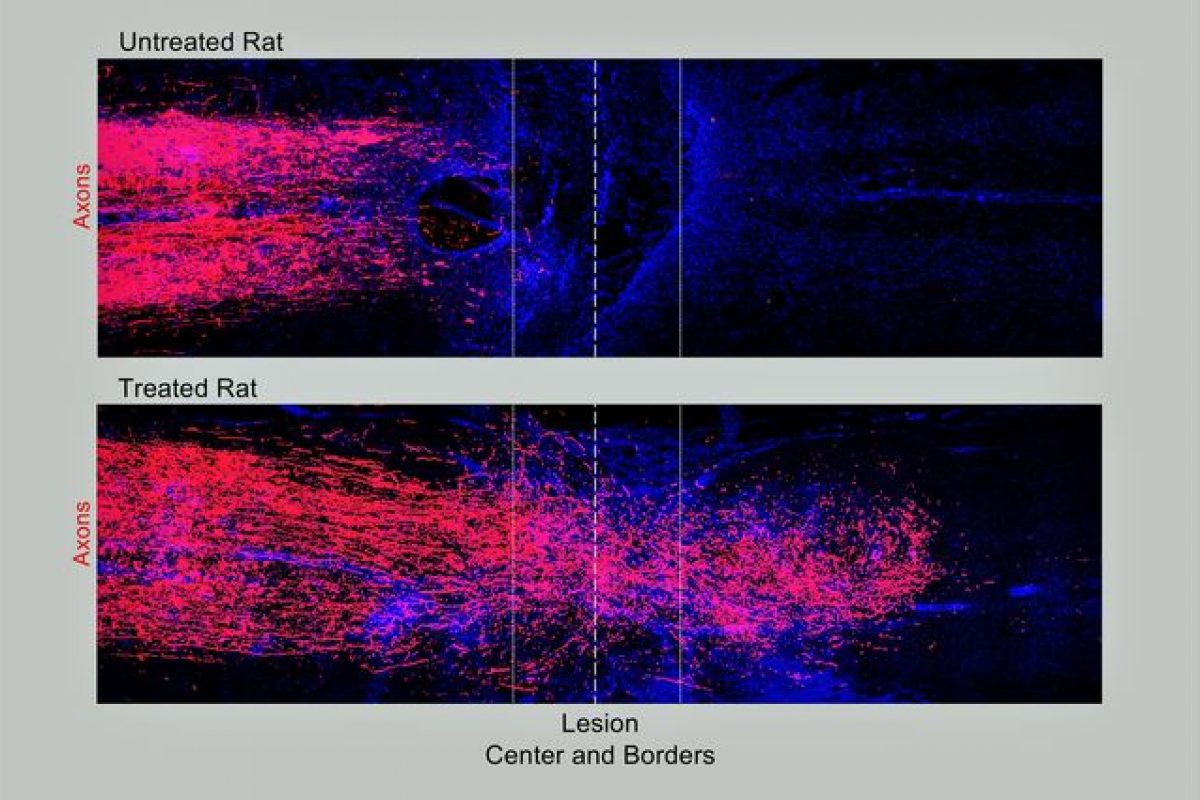 Neuroscientists at UCLA, Harvard University and the Swiss Federal Institute of Technology have identified a three-pronged treatment that triggers axons — the tiny fibers that link nerve cells and enable them to communicate — to regrow after spinal cord injury in rodents. Not only did the axons grow through scars, they could also transmit signals across the damaged tissue.
If researchers can produce similar results in human studies, the findings could lead to a therapy to regrow axon connections in people living with spinal cord injury, potentially restoring function. Nature publishes the research in its Aug. 29 online edition.
“The idea was to deliver a sequence of three very different treatments and test whether the combination could stimulate disconnected axons to regrow across the scar in the injured spinal cord,” said lead author Michael Sofroniew, a professor of neurobiology at the David Geffen School of Medicine at UCLA. “Previous studies had tested each of the three treatments separately, but never together. The combination proved to be the key.”
When people injure their spinal cords, it damages the axons and prevents the brain from sending signals to neurons below the injury site. This leads to paralysis and the loss of other neurological functions, such as bladder control and hand strength. The UCLA approach could provide the first step to solving this problem.
According to Sofroniew, many decades of research have shown that a human’s nerve fibers need three things to grow: genetic programming to switch on axon growth; a molecular pathway for the fibers to grab and grow along; and a trail of protein “bread crumbs” that spur the axons to grow in a particular direction.
All three of these conditions are active when humans develop in the womb. After birth, these processes shut down, but the genes that control the growth programs are still sleeping in the body. Sofroniew’s goal was to reawaken these genes and then launch the entire process anew with the three-pronged approach.
First, the researchers reactivated nerve cells in the spinal cords of mice by injecting a treatment packaged in harmless viruses that were first developed in the lab of Zhigang He, a neuroscientist at Harvard.
Two weeks later, the UCLA team anesthetized the animals and disconnected the axons in their lower spinal cords. Only the rodents’ hind legs were affected and they could still move and eat.
Two days after injury, the team administered a second treatment into the lesion to create new pathways on which axons prefer to grow. Finally, the researchers released a third set of molecules called chemo-attractants. The axons seek out these chemical “bread crumbs,” which provide a target destination — in this case, spinal cord tissue remaining on the other side of the scar from the injury.
When Sofroniew and his colleagues examined the tissue of mice that underwent the three-part treatment, they were jubilant.
“Not only had axons grown robustly through the scar tissue,” said Sofroniew, “but many fibers also had penetrated into the remaining spinal cord tissue on the other side of the lesion and made new connections with neurons there.”
Animals that did not undergo the combined treatment exhibited no axon regrowth across the injury lesion.
To test the finding’s reproducibility, the team repeated the experiment multiple times in mice at UCLA and in rats in the lab of Swiss neuroscientist Gregoire Courtine. The results proved equally robust.
The team members received another surprise when they tested whether newly regrown axons in live animals could conduct electrical activity.
“When we stimulated the animal’s spinal cord with a low electrical current above the injury site, the regrown axons conducted 20 percent of normal electrical activity below the lesion,” Sofroniew said. “In contrast, the untreated animals exhibited none.”
Despite the finding suggesting that the newly formed connections can conduct signals across the injury, the rodents’ ability to move did not improve. This was not unexpected, according to Sofroniew.
“We expect that these regrown axons will behave like axons newly grown during development — they do not immediately support coordinated functions,” Sofroniew said. “Much like a newborn must learn to walk, axons that regrow after injury will require training and practice before they can recover function.”
The research team will next explore how to retrain newly wired circuits to restore movement.
The article’s co-first authors are Mark Anderson and Tim O’Shea. Other co-authors are Joshua Burda, Yan Ao, Sabry Barlatey, Alexander Bernstein, Jae Kim, Nicholas James, Alexandrea Rogers, Brian Kato, Alexander Wollenberg, Riki Kawaguchi, Giovanni Coppola, Chen Wang and Timothy Deming.
This research was supported in part by the National Institute of Neurological Disorders and Stroke; the Dr. Miriam & Sheldon G. Adelson Medical Foundation; the Craig H. Neilsen Foundation; Swiss National Science Foundation; and Wings for Life. 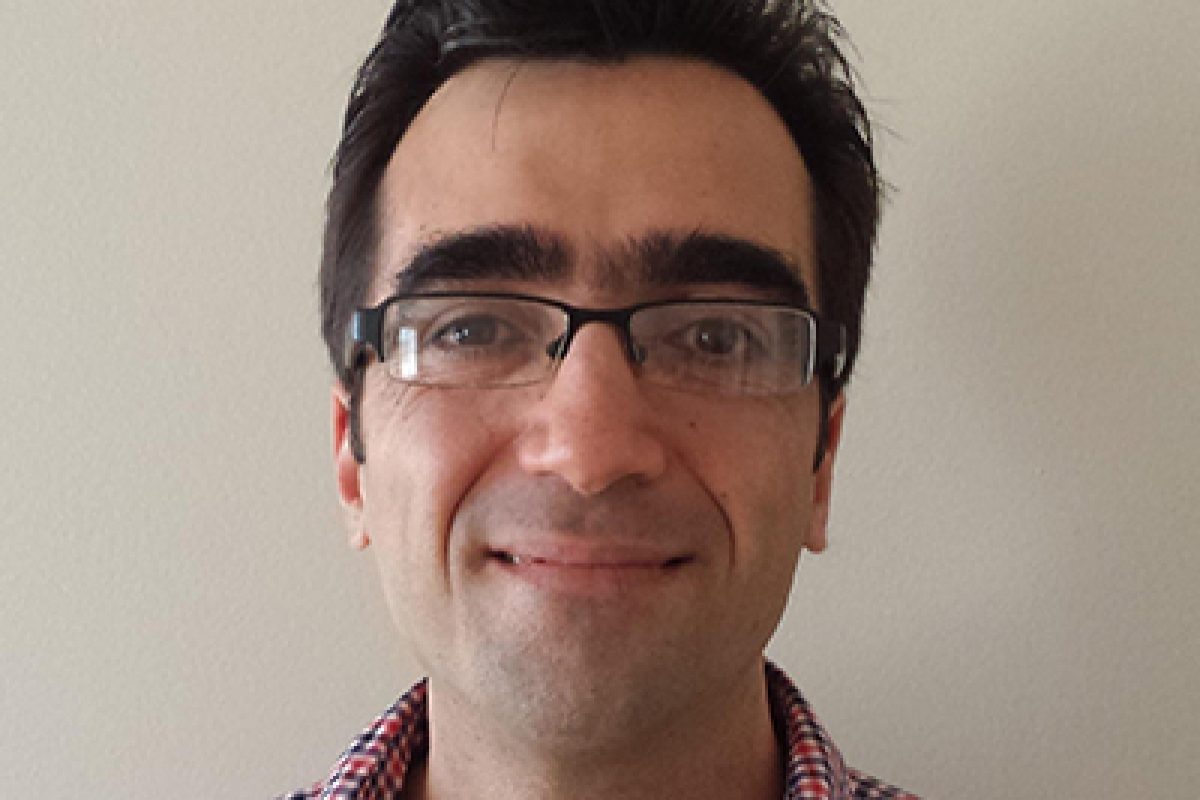 The Department is pleased to welcome Orkun Akin, Ph.D. as an Assistant Professor of Neurobiology effecitve July 2018.  Dr. Akin received his B.S. in biology from the California Institute of Technology in 2001.  He received his Ph.D. from UC San Francisco in 2008 in biochemistry.  From 2009-present, he has served as a postdoctoral fellow in the Department of Biological Chemistry at UCLA.  Dr. Akin is a promising young faculty whose interests focus on the biology of cell motility, which is essential for cancer metastasis.  He is a former HHMI postdoctoral scholar and was the recipient of the Damon Runyon Cancer Research Fellowship.